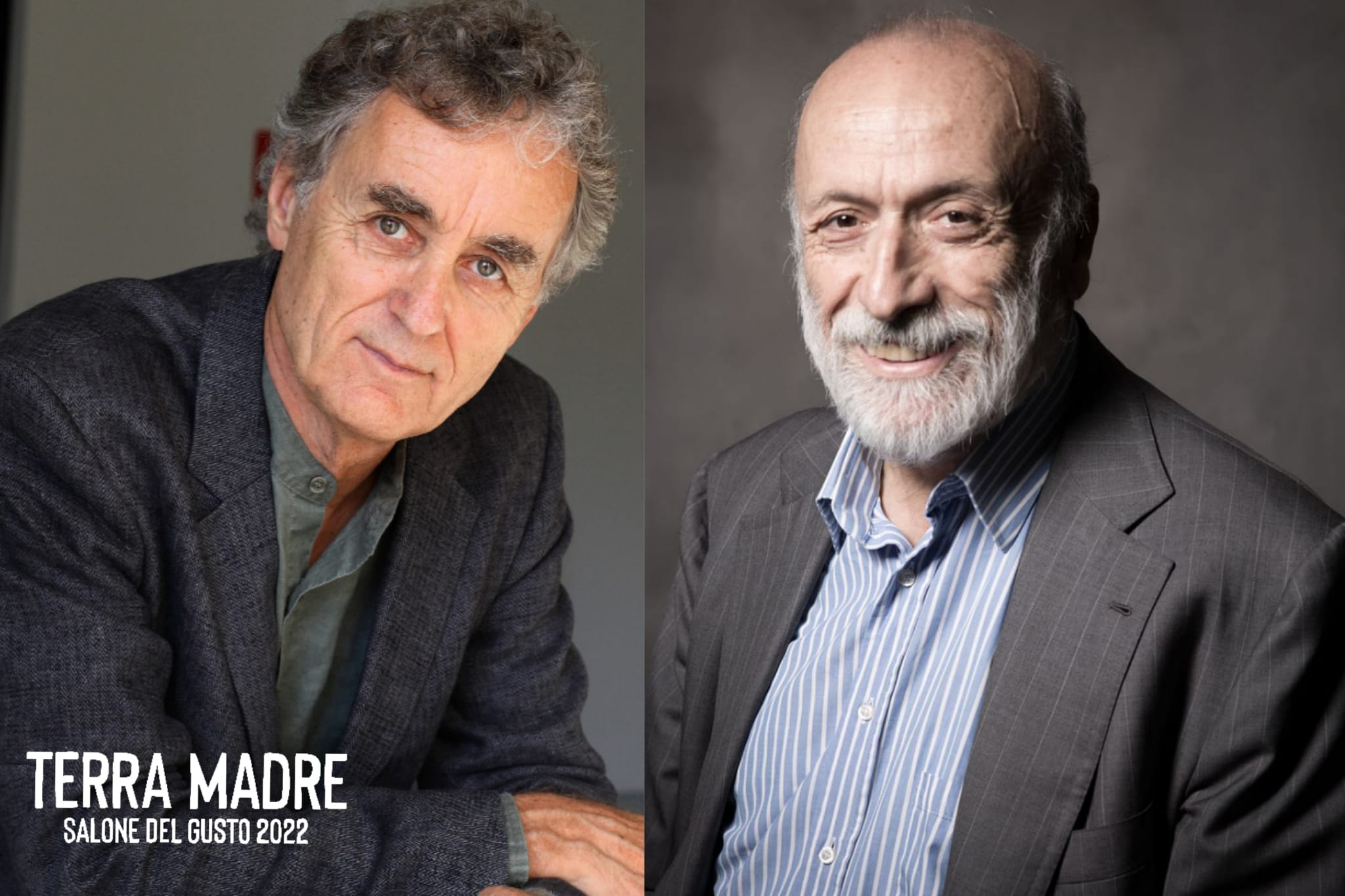 From September 22-26 Terra Madre Salone del Gusto returns to Turin, in Parco Dora, with all its colors, aromas and voices. The theme of this year’s edition is regeneration.

After two years of the Covid-19 pandemic, the exacerbation of the climate emergency, and the precarious geopolitical situation, we believe we need a new outlook for our world. To ensure that outlook is as wide as possible, in the month preceding Terra Madre we present the Earth Dialogues: a series of conversation with a series of figures who’ve been part of Terra Madre since its foundation in 2004.

These dialogues will provide fruitful reflections, as we try to understand how we can regenerate our relationship with the planet through food. How, through food, we can ensure a sustainable future built on peace and equity for all. To begin this series of dialogues we welcome Fritjof Capra, systems theorist, ecologist and activist.

Systemic regeneration according to Fritjof Capra

Carlo Petrini In an interconnected world, the regeneration we need in order to confront our uncertainty and discomfort will only truly be regeneration if it can take into account the complexity of relationships which sustain life on Earth. What do you think, having dedicating your life’s work to systems theory? What suggestions do you have in view of the next edition of Terra Madre?

Fritjof Capra My compliments for having chosen regeneration as the theme of Terra Madre. It’s emotionally-important decision, that can give hope in our recovery from the pandemic and the recent geopolitical instability. At the same time, regeneration is a central concept when we discuss a systemic understanding of life. According to this vision, the essence of life can be summarized in four principle characteristics which are all deeply interconnected.

The first characteristic is that “life self-organizes” through networks whose structures and processes are not externally-imposed, but self-generating. At the center of this is a process of continuous regeneration which involves all levels: from the molecular to social, including, of course, our food system.

The second characteristic is that “life is intrinsically regenerative”. When regeneration stops, life stops. You could say that that is the distinctive trait of life. But regeneration doesn’t necessarily mean returning to a previous state. It can be mean creating something new, and this is an important discovery in the theory of complexity. Every living system has points of instability, from which new order may spontaneously emerge.

When regeneration stops, life stops. You could say that that is the distinctive trait of life. But regeneration doesn’t necessarily mean returning to a previous state. It can be mean creating something new, and this is an important discovery in the theory of complexity.

In other words, “life is intrinsically creative”. This is the third characteristic. In order to regenerate, living networks need to feed on a continuous flow of energy, material and knowledge that come from, and depend on, the environment and from the forms of self-organization.

These networks respond to these flows in their environment in a cognitive manner, i.e. autonomously, through their modes of self-organization. This encapsulates the fourth characteristic of life, namely that it is “intrinsically intelligent”.

If we want a sustainable future, we must build communities

Carlo Petrini Rethinking these definitions – self-organization, regeneration, creativity and intelligence – my thoughts turn to the concept of community. The first Terra Madre, in 2004, was defined as the global gathering of food communities, and its distinctive characteristics of this organizational model are the same as the characteristics of life you mention. Communities are an expression of emotional intelligence and austere anarchy.

Emotional intelligence means reaffirming the paradigm of cooperation and solidarity; feeling that one belongs to a movement (a flow) in which there is reciprocity and where mistakes don’t lead to exclusion. Austere anarchy means an organizational model that is not hierarchical or rigid. This allows a network to be diverse and creative, because it finds and accepts diverse modes of expression, making it able to regenerate as necessities and priorities change. I think that the logic of communities must become the living salt and yeast of the movement, and so I’d be curious to know what you think of it.

Fritjof Capra Communities are a unit of sustainability. The way nature has sustained life on this planet for billions of years has been through the construction and maintenance of communities, beginning with the first bacteria, grouped together in colonies; every form of life has evolved through agglomeration and the formation of communities. This is a profound lesson which we need to learn from nature: if we want a sustainable future we must build communities. I say this with firm conviction because today the main obstacles we face in achieving this objective are not technical or economical but ethical and moral.

Well-being is real when it is shared. And it’s easier to realize this when we feel like we belong to a community.

In recent decades hundreds of systemic solutions to problems deriving from the exhaustion of natural resources have been developed and tested. From the conceptual point of view we possess the knowledge to enact a transition that would restore a harmonious relationship with our home, so why do politicians and the private sector struggle to make that change happen? Because theory isn’t everything: ethics count. Behavior which is designed to improve our common well-being and values.

We are bombarded daily by messages which tell us: “You’ll be happy if you possess more”, feeding a narrative of quantitative economic growth. Once our physiological needs are accounted for, we shouldn’t aim to have more, but to be more. A qualitative growth, which includes an increase in complexity, sophistication and maturity. One which focuses on human relationships, knowing that well-being is real when it is shared. And it’s easier to realize this when we feel like we belong to a community.

Carlo Petrini When we spoke a year ago, you had a lot of hope for the lesson that Covid would teach the world, regarding the sense of universal fraternity needed in order to adopt radical measures for the climate. The recovery from the pandemic doesn’t seem to have been accompanied by this universal spirit of responsibility. You can see from the outcome of COP26 in Glasgow, or the latest report from the IPCC which Guterres called “an atlas of human suffering”. And in recent months we’ve had to return to the prospect of war. How can we use systems theory to analyze these dramatic situations?

Fritjof Capra I’ve investigated and promoted systems theory and ecological values for over four decades. My experience over the years has taught me that a journey from a mechanistic paradigm (which leads to obsessive consumption), to ecological paradigm is not a constant progression, but implies scientific revolutions, oscillations and pendulums. It’s true that COP26 was disappointing and that IPCC reports have become increasingly alarming.

Global crises – environmental, economic and social – can’t be understood or confronted in isolation, but must be tackled as a whole, given their interconnected nature.

On the other hand, we have a series of civil society movements formed by young activists with a lot of energy and organizational capacity, who, I believe, have the ability to create a massive positive impact on the systemic level. I say because our young people have grown up with social networks, and to think in terms of networks – or systems theory – is natural for them. It’s easy for them to understand that global crises – environmental, economic and social – can’t be understood or confronted in isolation, but must be tackled as a whole, given their interconnected nature.

To make progress we must recognize that, despite our cultural diversity and lifestyles, we belong to a single human family and single planetary community with a common destiny that must be safeguarded as a whole. That is the great challenge of the years to come, and we’re aided in that task by extraordinary documents like the Earth Charter. The Earth Charter is really a magnificent summary of the type of terrestrial ethics we need in order to build a sustainable global society based on respect for nature, universal human rights, economic justice and the culture of peace. A document that I believe is important for the Slow Food and Terra Madre network for its systemic vision and as a basis for regeneration.

This dialog between Carlo Petrini and Fritjof Capra was published in La Stampa on June 9, 2022