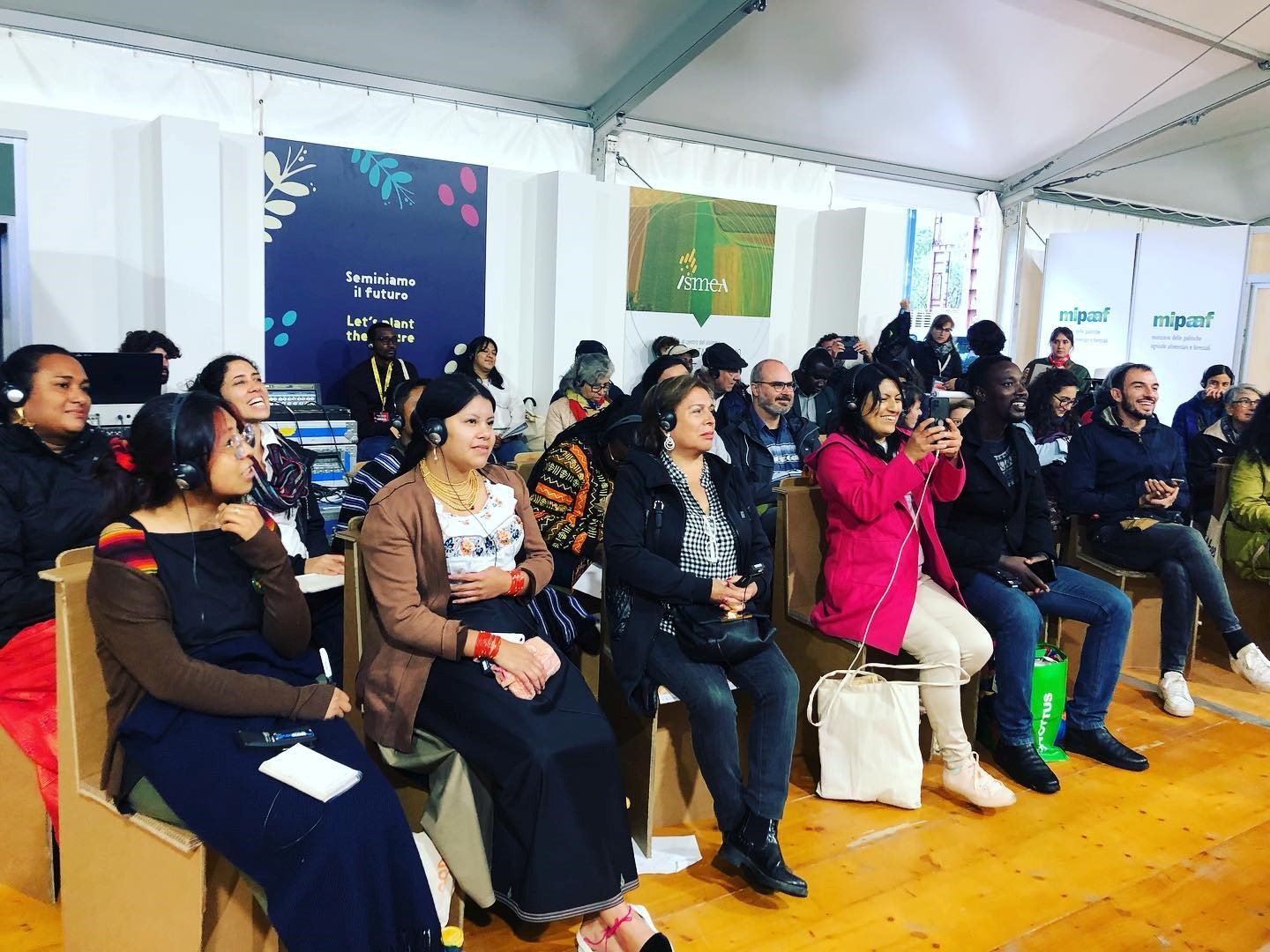 Two exciting film workshops were held during the first days of the event at the Youth Tourism Agriculture area.

These were led by the Mobile Film Festival, a competition founded in France in 2005 that challenges aspiring directors to produce a one-minute film on their phone. The meetings saw students, young activists, Indigenous Peoples and professionals put themselves to the test around the themes of Terra Madre 2022.

At the heart of this training session on cinematography was the way film can help share important messages around the environment, the problems of the food system and their social consequences.

“Details make all the difference,” said Bruno Smadjia, the Mobile Film Festival Director. “From music to framing, everything can make a one-minute film unforgettable. All it takes is an idea, a minute and a phone to express great things.”

At the first workshop, attended by Liceo Gioberti and Liceo Mazzarello in Turin, the children proved that it can be true. The short films shot during the first two days of the event were both exciting and profound. The brief was “Telling the world about Terra Madre: be a reporter for a day.” One the most beautiful was The colors of the smile.

During the second event, aimed at the Indigenous communities present at Terra Madre, Smadja offered a roundup of short films from the Mobile Film Festival edition entitled Making Peace with Nature, providing useful advice to participants on how to shoot and compose interesting videos from a smartphone and thus be able to voice their own ideas, campaigns and visions.

In general, the CINE project works to promote film in communities where cinemas don’t exist or are disappearing, focusing on their ability to serve as venues for cultural and social aggregation while sowing the seeds of environmental and food culture among younger generations. Within the activities, the Mobile Film Festival is responsible for coming up with ways of engaging young people, bringing them back into cinemas and training them to create real movies.

The workshop was conducted as part of the project CINE – Cinema Communities for Innovation, Networks and Environment, funded by the European Union, with the contribution of CRC Foundation, and coordinated by Slow Food. The project partners are the French Mobile Film Festival, the Croatian association Kinookus and, in Italy, the Associazione CinemAmbiente, the Cinema Boaro in Ivrea (province of Turin), the Cinema Vittoria in Bra (province of Cuneo) and the City of Cherasco (province of Cuneo).