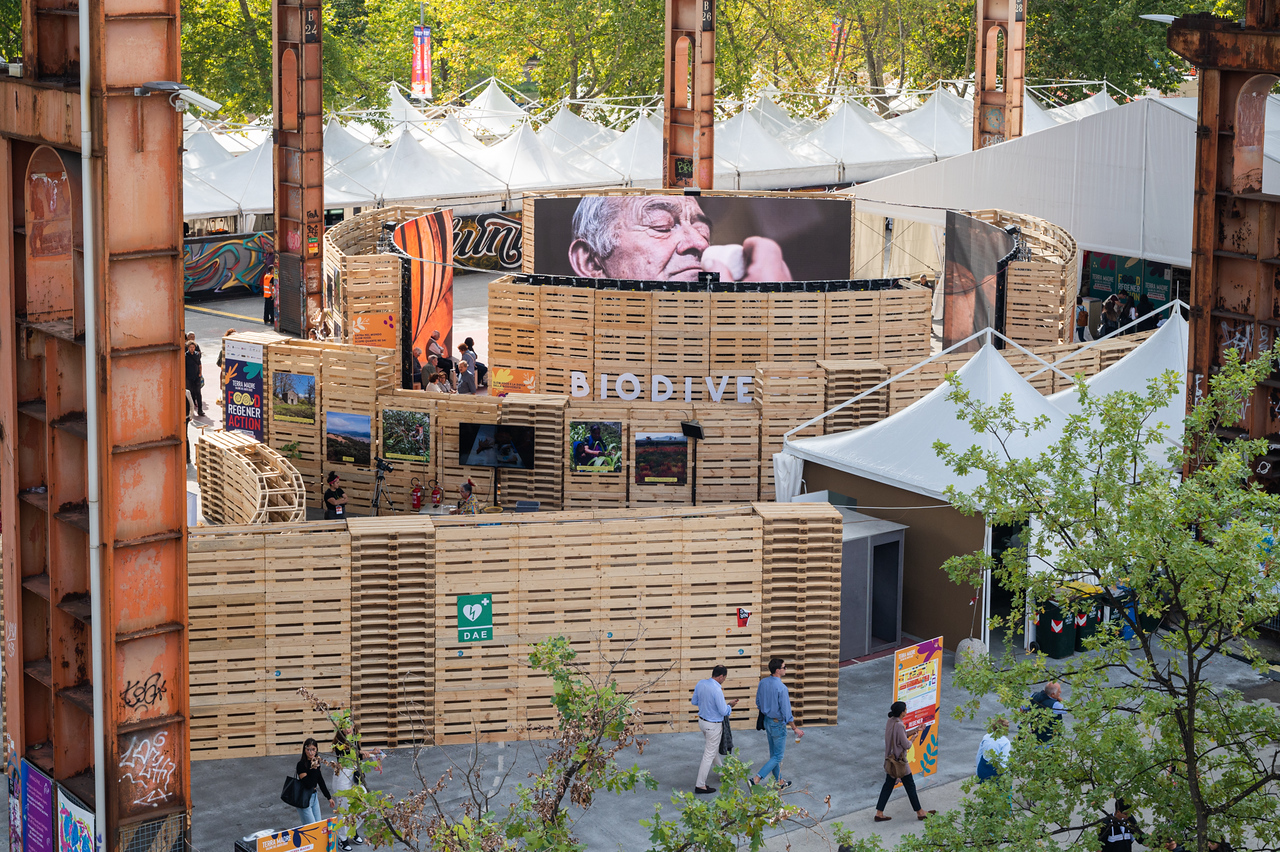 Our focus on Day 2 is on the stories and struggles of our the Indigenous Terra Madre network.

Indigenous Peoples all around the world face a multitude of threats: to their economic well-being, to their languages, and to their foodways. The inspiring stories of resilience and resistance from our network are examples of a worldwide effort to preserve ancient, traditional, and invariably sustainable food practices.

Bashir Ochen is a herder of the agro-pastoralist Karamojong People in Uganda, as well as the coordinator of three different Slow Food Communities in the north-east of the country. “I am a pastoralist. That means we move with our animals from one place to another, looking for pastures and water. This isn’t easy, as we’re in a drought-prone area. It can mean walking up to 100 kilometers from our homes, our wives. But that’s the way we are, and the way we always have been. Our animals are everything to us. And we don’t slaughter or sell them without authorization from our elders. The main food we eat, in fact, is sorghum. This crop may be used as animal feed elsewhere, but we eat it. It’s a very versatile crop: it will grow even if it only rains twice a season. Try growing wheat in northern Uganda! You won’t harvest a single grain.”

There are numerous other problems that the Karamojong people face, besides the climate. One is conflict with their neighbors, and the phenomenon of cattle raids. The perception of the Karamojong people as cattle raiders leads to a vicious cycle of oppression and reaction, and Bashir is part of a young generation seeking a way out. Besides pastoralism, the importance of native seeds for their food security is vitally important. “For too long in Uganda, and elsewhere in Africa, once-independent farming communities have been turned into consumers of commercial seeds. This must stop. We are encouraging farmers to free themselves from this form of modern bondage, with all its promises of productivity, and return to the reliable, resilient native seeds of our ancestors. This is how we will guarantee food sovereignty.”

Carson Kiburo, an agro-pastoralist of the Endorois People in Kenya, coordinates two Slow Food Communities, and has dedicated his entire life to indigenous rights, youth empowerment and advocacy. “Revitalizing the lifeways and foodways of my people, and all peoples, is may of trying to contribute to humankind. My community is agro-pastoralist, having moved on from its previously-nomadic lifestyle to settle down while continuing to practice pastoralism. Our own government tells us that our way of life is backwards… But we have a knowledge of our ecological biodiversity knowledge that they cannot appreciate. The traditional practice of my peoples contains solutions for climate change that the government does not understand. Instead we are told to follow capitalist models of production and consumption, i.e. over-production over-consumption. We are here at Terra Madre because we respect other peoples’ food cultures, and we want to build on all this mutual respect, and our shared love for our food cultures. I want to send a message to governments and NGOs that the traditional practices of Indigenous Peoples offer safer solutions to the climate crisis than those proposed by the IMF or the UN.”

Teaching agroecology through rap in Chiapas

Geovanni Guzmán is a spokesperson of the Slow Food Community Semillero Agroecológico based in Chiapas, Mexico. Chiapas is the poorest region in the country, and has one of the largest Indigenous populations. The NAFTA agreement of 1994 made the situation even worse, by lowering prices for agricultural products sold to the US market.

“But we have a different message for young people in our region: one of possibility, of hope, of regeneration. Communicating that message to young people in our region, which is rife with violence, with poverty, with social difficulties… that requires creative thinking. So we teach agroecology alongside dance, graffiti, music… through hip hop we channel messages of healthy living and sustainability, of love for the Earth and respect for each other. Music takes away the stress from our lives, and transports us to another place. What better way to convince people that another, better world is possible? The youth we interact often don’t know anything about the themes we cover, they need a way in. We want to help the youth reconquer a space and regain self-respect in a violent society, and we believe growing food is a path to dignity.”

Where Corn is Life, Sacredness and Resistance

In the Gino Strada Arena we heard from Argentinian journalist Karina Ocampo, who wrote a book, La ruta del maiz, about the varied, overlapping Indigenous corn foodways. “All the glory of the world lies in a grain of corn,” she began, quoting the Cuban poet José Martí. “This book is the fruit of a long journey, beginning in Argentina and stretching up through Boliva, Peru and Mexico. I wanted to explore what corn represents do all the different cultures, and what food systems were being upheld in these lands that went in opposite to the industrialized agro-business based on poisons.”

“Along my journey I began to understand the scale of the disaster which the continent had suffered, beginning in the 1990s and the arrival of transgenic corn in Latin America. While the profits from increased production were warmly welcomed by Economic Ministers, the social costs were rarely counted. The soil lost its fertility, and people began to get sick. Genetically-modified wheat varieties that are resistant to pesticides 15 times more toxic than glyphosate proliferated. And while, worldwide, around 75% of food is provided by small-scale family farmers, that same statistic—75%—is also the amount of arable land in Argentina which is planted with GM crops. And that agro-export model is still growing, while the climate crisis gets worse.”

Is there an alternative? Are there living examples of sustainable land use using current technology? Yes. “From Catamarca and Jujuy in Argentina, to Tarija and Oruro in Boliva, and further north in the ancestral homeland of corn in Mexico, Indigenous Peoples are resisting ecocide through native corn varieties that they preserve and worship. They save their seeds, and therefore, their cultures. Hope is what keeps us moving, and it’s not a quiet hope, a hope that changes come by itself… it’s an acive hope that speaks and manifests itself through the creation of networks and the protection of seeds. It’s important for saving our present, our species, our lives.”