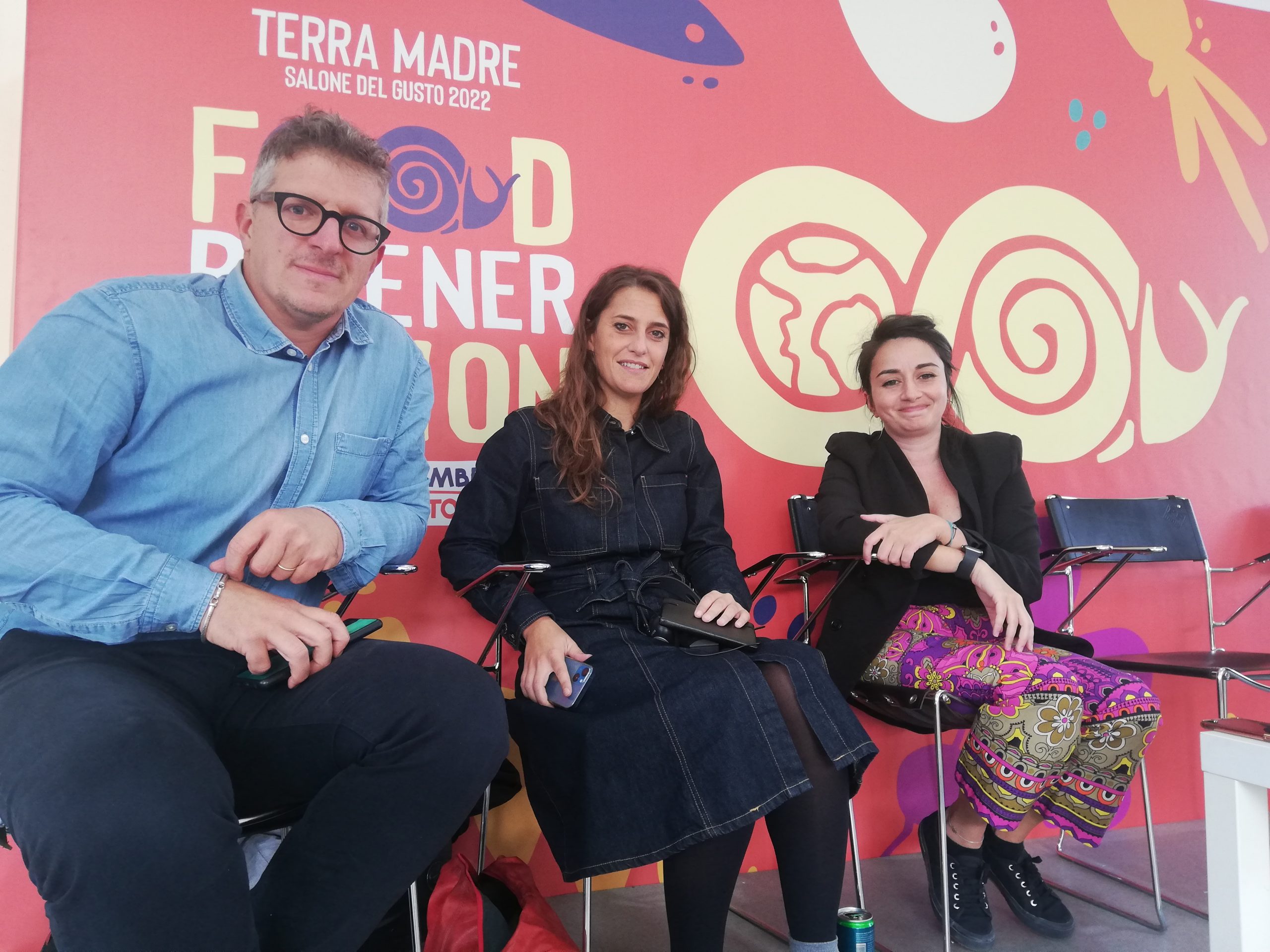 Increasing the social equity of food… starting in the streets

We need better workers’ rights and a more ethical working culture in the food delivery sector, and beyond.

How often do you order food for delivery? And how often do you consider the working conditions, and the remuneration, of the person who brings you your meal? At Terra Madre Salone del Gusto we discussed the issue with Rosita Rijtano, author of a work of investigative journalism on so-called riders in Italy: Insubordinati. Inchiesta sui rider (Insubordinate: inquiry into food delivery workers).

As Rijtano explained, the majority of food delivery workers, or riders, have a regular work contract, but they’re paid only for the deliveries they’re able to make. The more deliveries they make, the more they earn.

“I followed their work for a year. It was a complex and difficult experience, above all because I was trying to follow them on a bike. I then switched to an e-scooter so as not to slow them down, and in the end, to avoid wasting their time and ability to earn, I would meet them in a bar when they finished working.”

The demographics of food delivery workers are heterogeneous, varying from city to city and country to country. In the north of Italy, for example, there are more immigrant riders, while the percentage falls in the south, where there are less immigrants. What they all have in common, in any case, are their contractual conditions: they’re all paid per delivery, and they do not have sick leave or paid holidays. In Italy, in particular, they do not even have insurance if they are injured on the job, so they lose their jobs and their income for as long as it takes to “heal their broken bones”.

What does it mean to be a rider?

Food delivery work has a devastating impact not only on physical health, but on mental health too. From the constant performance required in order to avoid receiving negative reviews from customers, so the tracking software which monitors them as they work, where who works what shift and who does which deliveries is decided by an algorithm that cannot be reasoned with.

“At the moment,” Rijtano underlines, “There is no ethical alternative. The only ethical choice is not to order at all, though we must remember that these food delivery jobs are now an important part of the economy which would disappear without demand. And the first to suffer  the consequences of a drop in demand are the workers themselves who, without deliveries to make, wouldn’t earn anything at all. There are some cooperatives that employ riders and provide working conditions with some basic rights, but it’s not enough.”

There’s been no political response to the issue. When changes have been proposed, the food delivery businesses have ignored these appeals, even threatening to leave the Italian market rather than reform their contracts.

How have things changed over the last two years?

There was a boom in food deliveries during the pandemic, becoming a habit for a number of people who’d never used them before. Rijtano underlines how important it is to find a sustainable, ethical alternative to the current model, with support from the government.

“These workers have been subject to experimental conditions which, over time, are applied to other sectors of the economy, too. Like, for example, the idea of maximizing externalization, the so-called atomizing of work, which we might call the last frontier of capitalism. It’s as if the riders were a test subject for extremely invasive performance monitoring. Technology is now capable of an incredible level of pervasiveness, and the platforms the riders work on can check their locations at any time, as well as their phone’s battery level; these practices are illegal outside working hours.”

These practices are not yet legally acceptable, in Italy or elsewhere. The struggle is in motion, and the story of the riders should teach us that our rights as workers, in every sector, are at risk and must be protected. The time has come to fight back, so that the rights of all workers can be safeguarded.