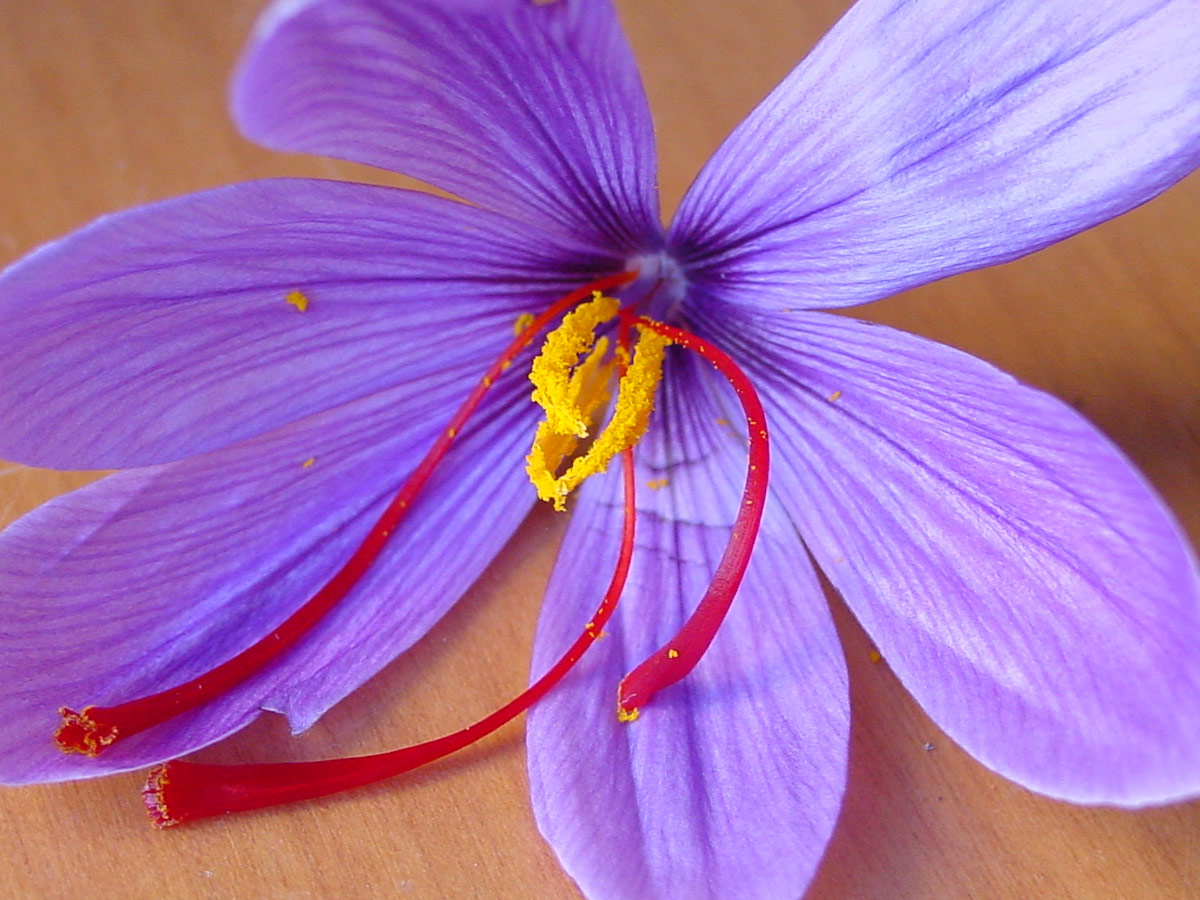 José Antonio and his family had a dream: to revive the local production of saffron, cultivating it in an area where it had not been grown for over 40 years.

José Antonio Esteban Sánchez is the owner of La Carrasca, a family company which producers saffron and other locally-grown products in the small town of Blancas, in the comarca of Jiloca, situated within the autonomous community of Aragon.

“Saffron had been cultivated for a very long time, it’s something we inherited from the Arabs. In the last 40 years the economic crisis has meant a widespread abandonment of the fields – and consequently the loss of labor power – and together with competition from low-cost products, all this together had caused the total disappearance of saffron production. I felt this defeat was a real injustice: saffron had long been the gold of the poor; it was what you sold when you needed to buy agricultural machinery, when your children got married, when you needed to pay for medical expenses. I couldn’t believe that this crop, which had been fundamental for the nourishment of the soul of the town, was just gone.”

Over the course of these 40 years José’s town has risked being abandoned altogether, falling from a population of around 1000 inhabitants to just 120. His own family had lost all hope, but José was not deterred. In 2005 he decided to roll up his sleeves and began cultivating a small piece of land to kick-start production himself, asking for help from the community of Slow Food Zaragoza. “Slow Food understood the gravity of the situation immediately and how important it was to recover this local product. Thanks to their support we started a new journey, one which has allowed Jiloca Saffron to become a Slow Food Presidium.”

THE PRESIDIUM, THE CHALLENGES AND THE OUTLOOK

Today the Presidium is trying to involve other producers besides the current ones, but it is not easy: there aren’t enough young people and the elderly farmers aren’t easily able to invest in the activity.

The harvest of the saffron flowers begins in mid-October and requires workers in good physical conditions: the flowers sprout on the ground, and must be gathered with utmost delicacy in the first hours of the morning. José continues to tells us how proud he is that his children have decided to stay in Blancas to manage the company, because they’ve understood the importance of maintaining this local production.

“My son graduated in International Business Studies and thanks to his knowledge we’ve started coming to international fairs like Terra Madre Salone del Gusto: and we’ve come to every edition. Thanks to this event friendships and bonds have been formed which make coming to Turin like a visit to distant relatives.”

“We discovered a new world through the pandemic, too: online. Zoom, Twitch, Teams: all new words in our vocabulary since 2020. For all the difficulties, the pandemic also allowed us to connect with customers around the world that are looking for good, clean and fair products.”

There were other changes in lifestyle, too, which increased the attractiveness of the countryside. “Rural areas were reevaluated, and widely considered the best place to live. As Covid restrictions were loosened, La Carrasca Saffron began a training program, especially for women, about the saffron harvest. This allowed them to work from home in their own gardens and thus contribute to stopping depopulation.”

In Aragón,  a new project has been developed to celebrate the work of Juan Altamiras, a Franciscan friar who wrote a book of recipes about the most traditional Aragonese cuisine, where the main ingredient is saffron, in the 18th century. Together with a group of suppliers of local products and some nationally renowned chefs, we are promoting this campaign that aims to restore value to traditional Aragonese cuisine, as well as the most picturesque villages of our land.

Having put our saffron back under the spotlight has also meant the revival of some typical dishes which had been lost over time. For example patatas con azafrán, i.e. potatoes cooked in oil and saffron and served with pork ribs.

Though production continues apace, José Antonio tell us how they need more support from the local administration and European funds in order to improve the profitability of the business. Often, in fact, the local producers suffer from having to compete with imported products which are not subject to rigorous checks, which makes it difficult for the locals to be competitive.

One of the main themes which we’ll be discussing at Terra Madre Salone del Gusto 2022 is the climate crisis, a topic of great importance for José Antonio because saffron production is suffering the consequences already. “I’ve had to confront these problems which are becoming more and more persistent. It’s too hot and it doesn’t rain enough. For this reason we decided to build a well we can extract from to water the crops when necessary.”

Come and discover Jiloca Saffron and many other Slow Food Presidia at the Market of Terra Madre Salone del Gusto, from September 22-26, 2022 in Parco Dora, Turin, Italy.

Terra Madre Salone del Gusto is in Parco Dora, Turin, from September 22-26, 2022, with over 600 exhibitors and a series of workshops, conferences and tastings that show how we can regenerate our planet through food.#TerraMadre2022 is a Slow Food event. Free entry.