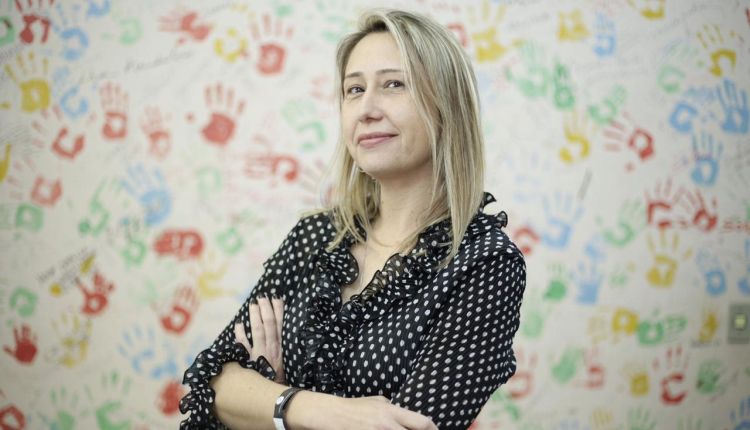 Loving the earth by freeing it from pesticides

Thinking about food today means thinking about society as a whole. With the globalization of the economy, food has stopped being food as it used to be throughout human history.

In other words, food has stopped having value linked to its use, to its intrinsic properties that are related to human nutrition, and it has become something extraneous to that nourishment.

It has turned into two things, both extraneous to nourishment. Firstly, it has become a commodity, and it has also become agroenergy. As agroenergy, the use value of food is taken away, namely its attributes as human nourishment, with all its enormous heritage of social, geographical, biological and cultural references; all this is taken away as food is transformed into a source of energy created through the massive use of pesticides.

In the name of feeding the world our fields have been transformed into endless monocultures, while animals are packed in squalid conditions for the production of meat, and floating factories empty our oceans of fish. In the name of feeding the world we are exhausting its resources at an ever faster pace. It’s time to take care of nature and restore what we’ve damaged. It’s time for regeneration.

Larissa Bombardi will speak the Loving the Earth conference together with Piero Bevilacqua, Virginie Raisson and Myrna Cunningham.

Food as agroenergy, food as commodity

Humanity, in an attempt to replace fossil fuels, hasn’t questioned its consumption model, and still less the consumption model of this society, transforming food into energy. On the other hand, food has also become a commodity, and what are commodities? They’re goods that are internationally standardized, that can be stockpiled without losing their basic qualities and which can be sold on the commodity exchange as futures.

Now, in Brazil, there’s an area 3.5 times larger than Portugal dedicated to growing soybeans. The surface area planted with sugarcane in Brazil is bigger than Portugal. The area set aside for eucalyptus is as big as Portugal. This has an enormous environmental impact, because these monocultures require enormous amounts of pesticides.

Today one can, for example, buy a soy or corn harvest even before they have been grown. Transformed into a commodity, food becomes a trading currency in the international economy like all the others, from oil to iron.

In the globalized economy the use value of food matters little, and what has happened is that a great amount of the land in countries like Brazil and others in Latin America has become the location for the production of foods that are turned into commodities.

Three and a half Portugals of soy in Brazil

Now, in Brazil, there’s an area 3.5 times larger than Portugal dedicated to growing soybeans. The surface area planted with sugarcane in Brazil is bigger than Portugal. The area set aside for eucalyptus is as big as Portugal. This has an enormous environmental impact, because these monocultures require enormous amounts of pesticides.

Brazil is the largest consumer of pesticides in the world, and 20% of all the pesticides sold worldwide are sold in the country. This has a heavy impact, from both the environmental and the human perspective.

Regarding the environment, what has been seen in recent years—and I have mapped the advance of soybean cultivation in Brazil—the soy has expanded from the south to the north of Brazil and has now reached the so-called “Arc of Deforestation” in the Amazon. If we look at the areas within Brazil where there’s been the biggest growth in pesticide use over the last 10 years, the Amazon region takes the top spot.

In the Amazon there are two clearly connected elements: one is deforestation and the other is the use of pesticides. In mapping these two elements, the overlapping of municipalities is very clear: the ones with the most deforestation are also the ones with the biggest rise in the use of pesticides and they are all found within the Arc of Deforestation of the Amazon, in other words in this area affected by agricultural expansion, also known as the “agricultural frontier”.

The largest consumer of pesticides in the world

Obviously this is related to the role that Brazil and other Latin American countries have played in the world economy, becoming exporters of raw materials, and this role is linked to the increase in worldwide meat consumption. The amount of land being used to grow soy in Brazil today is as big as Germany, and more than 90% of this soy is transgenic.

The majority of this soy is exported. Brazil exports most of its soy to the European Union and China, with the latter being the world’s largest consumer of Brazilian soy. But the European Union also imports a lot, and is an important trading partner for Brazil in this sense.

Soy monocultures are both an environmental and human tragedy. In Brazil more than 40,000 people were poisoned by the use of agricultural pesticides between 2007 and 2017. The cruelest aspect of this tragedy is that 20% of the people poisoned are children and adolescents from 0 to 19 years old. Lots of newborn babies are poisoned by pesticides before they’ve even learned to walk.

The fact that there is a a Germany’s worth of transgenic soy in Brazil helps to explain why Brazil is the world’s biggest consumer of pesticides. A fifth of all the pesticides sold in the world are bought by Brazil and this has an impact.

The environmental and health impact of pesticides

For example the Cerrado, the Brazilian savanna, has suffered the effects in terms of water, soil and reduction of biodiversity and now, recently, this impact is being felt in the Brazilian Amazon. The Cerrado, which is the region most impacted by soy production, there’s been a clear loss of biodiversity. Now we’re seeing the same thing happen in the Amazon.

Soy monocultures are both an environmental and human tragedy. In Brazil more than 40,000 people were poisoned by the use of agricultural pesticides between 2007 and 2017. People were poisoned by contact with these substances, either from ingestion, or because they inhaled them, or from skin contact… But our Health Ministry estimates that for every case of poisoning there are another 50 people poisoned that the Health Ministry doesn’t know about. So it’s possible that in this period between 2007 and 2017 there were more than 2 million people poisoned by pesticides in Brazil. The cruelest aspect of this tragedy is that 20% of the people poisoned are children and adolescents from 0 to 19 years old. Lots of newborn babies are poisoned by pesticides before they’ve even learned to walk.

The disappearance of basic foodstuffs

It really is a human tragedy that we are living through, thanks to this model of agriculture adopted on a global scale. And what has happened? We have witnessed the expansion of the areas planted with soy, sugarcane and eucalyptus and at the same time seen a reduction of the surface area used for the four staple foods in the diet: rice, wheat, beans and cassava.

The land area used to grow these crops has been reduced by 20, 30 and 40 percent. In the meantime, the surface area of soy has more than doubled in recent years, and you can only really understand the impact in terms of food security in Brazil if you understand overall what agriculture on a global scale means today: an industrial model of agricultural production which is extremely harmful and dangerous both for the environment and human health.

The fact that Slow Food puts the theme of food at the center of the debate helps society, understood as a whole, to open its eyes to what this industrialized agriculture model means, as well as the consumption of pesticides. Of the 10 most used pesticides in Brazil, three are banned in the European Union, but they’re products made by companies with headquarters in the European Union. So the debate about food ensures that we can understand the contradictions in society and its model of industrialized agriculture.