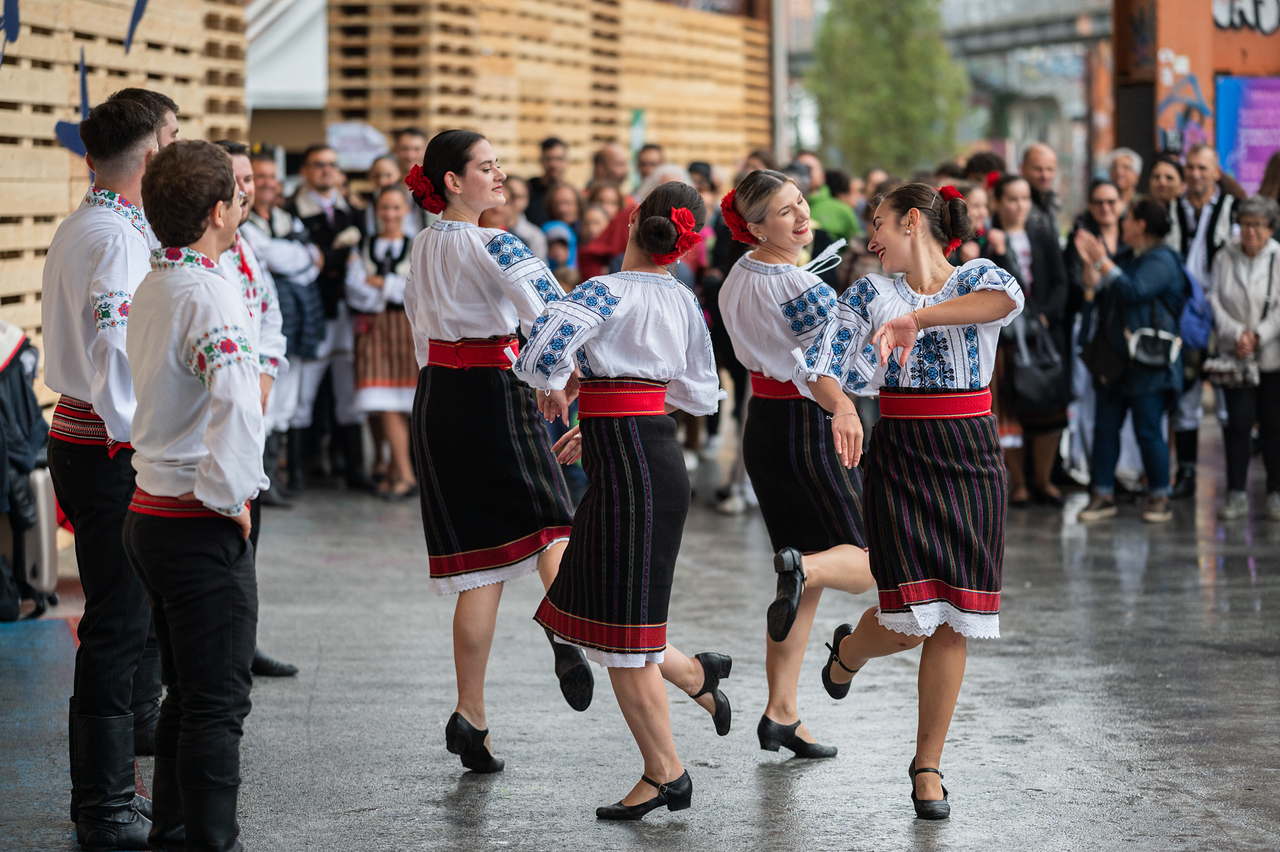 The third day of Terra Madre 2022 saw a host of instructive, insightful workshops and presentations around the themes of bridging the urban-rural divide.

We began the day in the Gino Strada Arena for a Food Talk by Geraldine Ezquerra, a researcher of Environmental Sociology at the University of Havana, Cuba, on the McDonalidization of society, and how educational projects in schools can turn the tide. “Luckily in Cuba we don’t have any McDonald’s or Burger Kings, but by McDonaldization I’m referring to a more general social process of which McDonald’s is simply the archetype. It’s a process of of homogenization that replaces a diversity of identities with a standardized, pre-fabricated forms. This sort of pressure is tangible in Cuban society, even though the more famous American franchises are not present.”

“These productive models, beginning with the Fordist model and developed later through the Toyota just-in-time system, are erroneously applied to food. And so eating food becomes a mechanical act of refueling, and thus violates the rich, diverse food heritage which is left by the wayside. Because if we are what we eat, and we don’t even know what we are eating, then we don’t know who we are. The only way to fight back is to work with young people and instill healthier food habits. That’s what we do in Cuba, through workshops with children in cities like Havana that reconnect them with the nature just outside of it. We take them to visit farms, to understand that food doesn’t come from “the fridge”, but from nature, from the land. Seeing it and touching for themselves instills a deeper and long-lasting appreciation which classroom activities cannot replicate.”

In a meeting at the Berta Cáceres Arena a little later, Kung-lien Xu, an Indigenous Amis woman from the country of Hualien, in Taiwan. “I used to love McDonald’s and going to eat fast food with my friends, when I lived in the city,” she begins. “But the threat of losing my family’s ancestral lands brought me back to the countryside, and back to a more traditional occupation for my people: growing rice. And the threat hasn’t gone away. It’s use it or lose it. And this isn’t any old rice farm, but an Indigenous business conserving native rice varieties, like red glutinous rice, or Katepa’ay, in our native language.”

Though it’s not well-known, Taiwan is home to numerous Indigenous cultures and languages. “As a coordinator of the Indigenous Terra Madre network I’m doing outreach work with youth from other Indigenous communities around Taiwan, trying to create stronger bonds between us and helping them to do what we’re doing: conserving our culture, learning from our elders, resisting in the face of those who want to destroy our way of life. We organize events around the island, to this end, and participate in farmers’ markets to make direct connections with the public where possible. It’s a lot of work, but I know the young people of today are more than capable of rising to the challenge, in the cities and the countryside.”

Urban viticulture from Turin to Barcelona

It’s not just food systems that need to reconnect with cities, of course, but wine too. Urban viticulture is as old as wine-growing itself, and ancient cities in the Mediterranean and Western Asia were surrounded by vineyards. In recent centuries this traditional was largely lost, but there are virtuous winemakers reclaiming green space on the edge of their cities, and turning it into productive vineyards. “We don’t want to be seen a museum of urban viticulture, but couriers, carrying it into the future,” said Luca Balbiano of the Urban Vineyards Association. “Vines grown within the cities are often real treasures of biodiversity worth saving, with ancient varieties that have survived, ironically, while the more productive countryside was turned over to more profitable varietals.” The Association unites urban winemakers from Turin to Paris and even New York, where wine is now being grown on top of buildings.

Martí Monfort told the story of L’Olivera: the only winery within the city limits of Barcelona. “Our wines have a social value, but we hope our customers don’t buy it for that reason. The wine has to stand on its own two feet as a product of objective quality, and not some social curiosity. As well as being environmentally-sustainable and socially-inclusive, it must be good wine.”

The social element is, however, central to the project. “Our aim is to encourage the personal promotion and social integration of people with disabilities, giving work to people who have the most difficulties finding work and being included in society. We develop assistance, therapeutic and educational tools in a living and working space which is meant to be inclusive. And of course, we are replanting native varieties that are more adapted to the local landscape.”