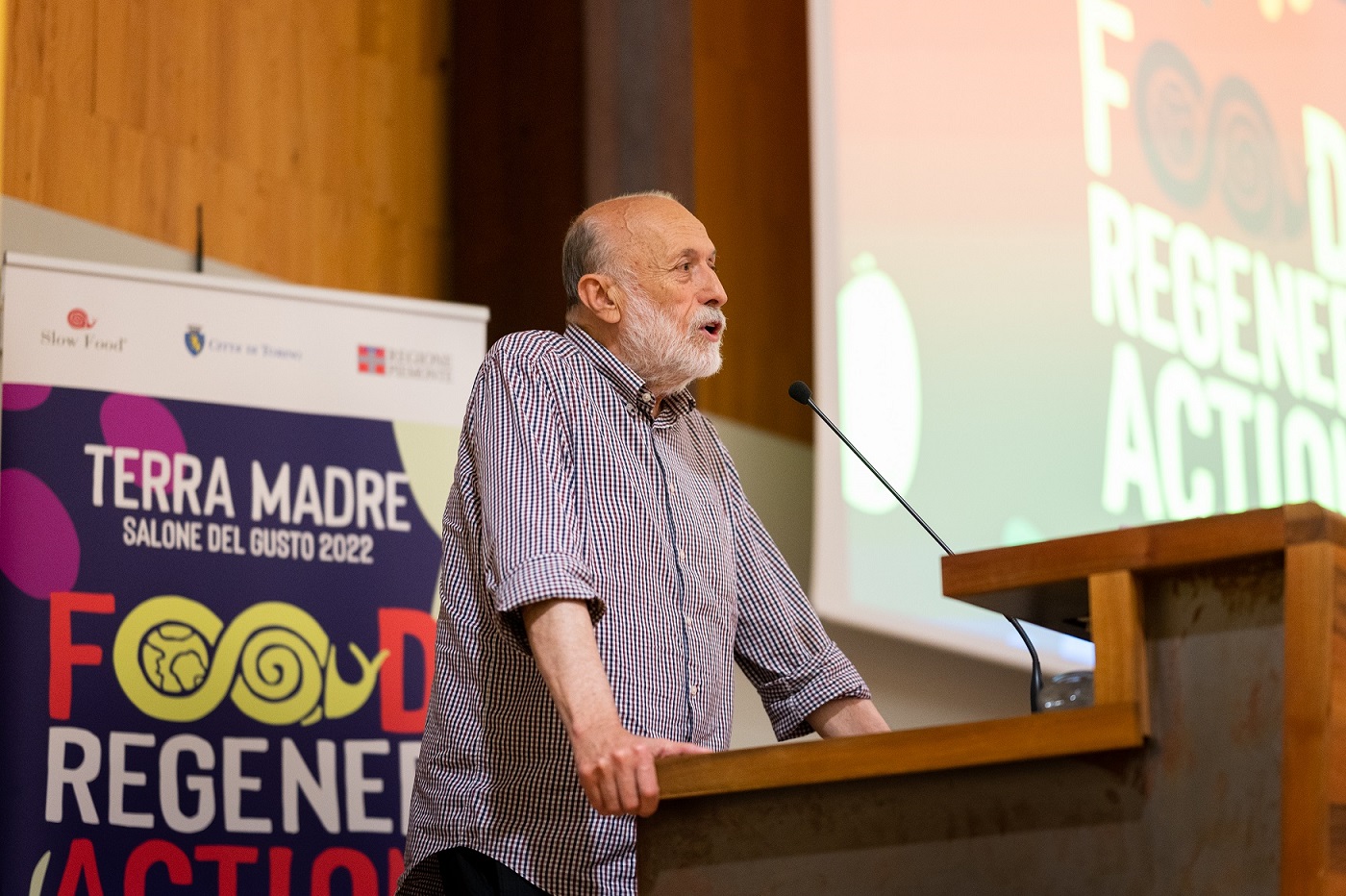 The conferences of Terra Madre 2022 are the center stage for the debate around #RegenerAction and how we can turn our ideas into tangible change on every level, everywhere.

These are hybrid conferences, with a live audience in the Kyoto Room of the Environment Park in Turin, and online, to ensure the widest possible participation. Our online audience will be able to take part in quizzes, surveys and ask questions to the panel from a distance, too!

There are five conferences in total: one on Thursday September 22, two on Friday, the one each on Saturday and Sunday, and a diverse selection of speakers representing the cultural and environmental diversity of the Slow Food network, and indeed, the human community.

Each of the conferences will revolve around a central question.

Conferences for Regeneration: how and why?

The pandemic did not start, but merely accelerated a process of fracturing between people and communities. The crises we were facing before Covid-19 have been further amplified, with inequality rising along with global temperatures.

What response is necessary to secure a better future for humanity and the planet? Regeneration. But what does that mean?

Changing cities and models of regeneration: September 23 at 3.30 p.m. CET

How can we promote regeneration of the food system in our cities? How we can urban areas be examples of environmental and social revival?

In the name of feeding the world our fields have been transformed into endless monocultures, while animals are packed in squalid conditions for the production of meat, and floating factories empty our oceans of fish. In the name of feeding the world we are exhausting its resources at an ever faster pace. It’s time to take care of nature and restore what we’ve damaged.

Control of the food system, in every sector, from the production of fertilizer and pesticides to processing and sales, is concentrated in an ever smaller number of hands. How we can regenerate it through our choices?

The right to food: fighting for social and environmental justice: September 25 at 5.30 p.m. CET

The food system is built on a series of injustices. In order to regenerate the system, making it fair and inclusive, we must make alliance with food producers – both in the Global North and South – who are often the primary victims of these injustices, to confront the economic forces which threaten their livelihoods.