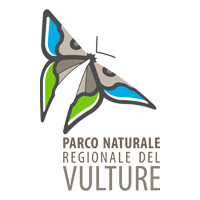 The Vulture Park is a protected natural area of ​​Basilicata that extends to the slopes of Mount Vulture, an ancient extinct volcano for 57,496 hectares and which includes the municipalities of Atella, Barile, Ginestra, Melfi, Rapolla, Rionero in Vulture, Ripacandida, Ruvo del Monte and San Fele, in the Province of Potenza. What makes this area unique is its very rich biodiversity, due to the variety of the ecosystem and the different climates of the altitudes, concentrated in a small area. Hence the surprising diversification of the landscape, characterized by an alternation of mountains and hills, flowering meadows and rivers, lakes and dense woods.

Vulture has always been synonymous with Aglianico Wine: the Park area falls within the production area of one of the most famous and appreciated wines of southern Italy, Aglianico del Vulture, an authentic pride of Lucanian viticulture.

Together with the wine, we can’t forget the other symbol of Mediterranean civilization cannot be missing: Extra Virgin Olive Oil. In the area the olive production reaches levels of excellence, thanks to the characteristics of cultivar perfectly adapted to the place, the most widespread is the Ogliarola del Vulture also known as “rapollese”, a variety that makes the most of the minerality of the volcanic soils and that gives life to an excellence of the territory or the Vulture DOP Extra Virgin Oil.

And then the Waters. Thanks to its volcanic origin, the territory of Mount Vulture has springs which for millennia have constituted an immense hydro-mineral basin from which those perfectly clear mineral waters, with a slightly acidic and sometimes effervescent taste, flow.

Another famous and appreciated product of the Vulture is the Chestnut, collected on the slopes of the volcano. Here there are several varieties of chestnuts. However, the most common species in the area is the so-called Marroncino di Melfi, a product that has marked the economy and the culinary tradition of the area, becoming part of numerous recipes.