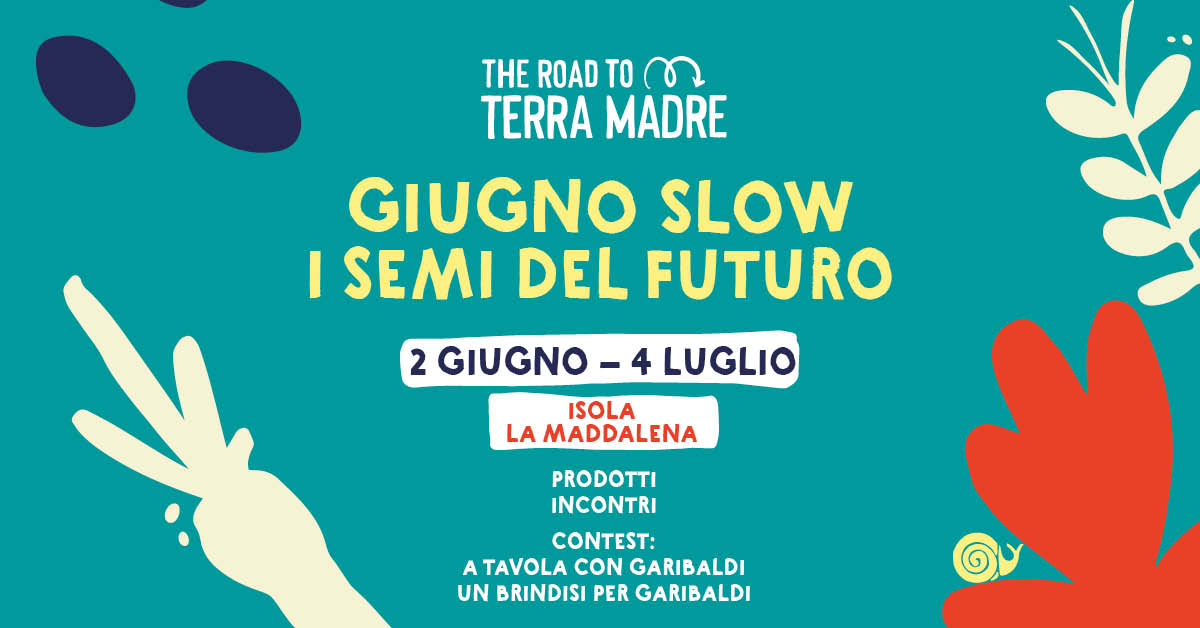 Seeds of the future: Slow June

“He spread schools and made attendance compulsory; he promoted high culture;
he defended agriculture, freeing it from the grasp of the latifundia, and built new roads” …

The lines above were written in reference to Giuseppe Garibaldi and his impact in liberating the peoples of Italy from oppressive governments, as well as from ignorance. This message is the foundation of Slow June.

In one of the most suggestive locations in Sardinia, the Maddalena Islands, the event brings themes of identity, gastronomic excellence and sustainability to the general public. The third edition of Slow June pays homage to Garibaldi and his passion for agriculture, planting seeds so that a brighter future could take root, sprout and bloom.

The inspirations for Slow June are the testimonies and the actions of the most illustrious inhabitant of the Maddalena archipelago. The seeds of the future of Slow June 2022 pay homage to an approach to cultural investment and younger generations the characterized the political outlook of Garibaldi.

This editions focuses on the theme of our vision for the future, for the next generation and the rediscovery of the land as a means for development, not in a nostalgic sense, but as part of an innovative, cultural and educative journey that aims to respond to the challenges of our times.

The event, promoted by the Maddalena Municipal Authority, Slow Food and the Istituto Internazionale di Studi Giuseppe Garibaldi will begin on June 2 and finish on July 4.

At the Town Hall of La Maddalena there’ll be a selection of local gastronomic specialties on offer, as explained by their producers, in particular the young women and men who are the protagonists of a silent revolution in the Sardinian food world.

“At the table with Garibaldi” and “Cheers to Garibaldi” are two contests for restaurants and bars respectively. From June 25, customers are also judges, and can vote for their favorites at www.giugnoslow.it. The second phase of the contest will involve a selected panel of judge who’ll declare the winners on July 4.

The organization of the event and the awarding of prizes is coordinated by a team of young residents of the Maddalena archipelago who will alongside Slow Food to ensure that this project becomes part of the local heritage. The organization will also involve young people from FASI (Federation of Sardinian Associations in Italy), and the members of Slow Food Sardinia, including the Slow Food Youth Network.

This event is part of The Road to Terra Madre, a series of initiatives organized by the Slow Food network around the world to pave the way towards the international gathering which takes place in Turin, Italy, from September 22-26 and where participants will design the future of food together.