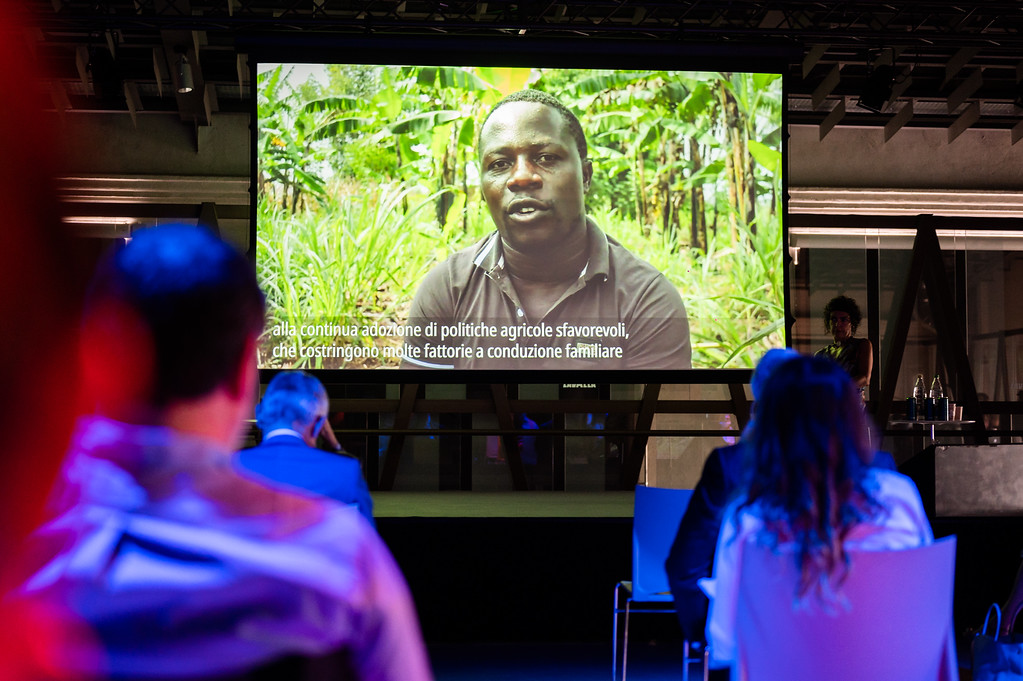 Where we left off

This special edition reached a total of 10 million people.

The curtain has come down on the 13th edition of Terra Madre Salone del Gusto, the international festival organized by Slow Food, the City of Turin and the Piedmont Region. Refusing to give in to Covid-19, Terra Madre showed its great spirit of resilience through a revolutionized format. The events were predominantly digital, held over 205 days and organized by the Slow Food network and its partners in 75 countries.

“In the face of the social, economic and healthcare crisis caused by the pandemic we wanted to bring our focus back to the root causes of the problem: agricultural biodiversity compromised by human activity, the climate crisis that threatens ecosystems, the inequality at the heart of the our food production and distribution systems. These are all problems that we were well aware of before the pandemic, but that the dominant development model either continues to ignore or refuses to face,” declares Carlo Petrini, President of Slow Food.

“In this situation we’ve decided to turn the spotlight on the solutions, small but revolutionary and effective solutions taken at the local level; solutions which are already in the hands of those communities of farmers, fishers, artisans, cooks, as well as individual citizens who enact change through their conscious choices every day. We’ve been speaking about the need for paradigm shift for a long time, and we’re not the only ones: indeed, these seven months of Terra Madre have given us the opportunity to listen to the voices researchers, academics, philosophers, scientists, economists, as well as the fishers, artisans, herders, fishers, educators who are the backbone of the Terra Madre and Slow Food networks in every angle of the planet. The final picture that this edition of the event gives us, through thousands of hours of activities across five continents, is a lucid vision of these new paradigms. A vision that represents that real ecological transitions demanded by an ever-wider section of society and which cannot be any further delayed.”

These seven months of events have brought Terra Madre Salone del Gusto around the world, making Turin and Piedmont a point of reference for reflections on the future of food.

Of the 1160 events organized in 75 countries – from Azerbaijan to Brazil, the Philippines and Antigua – averaging six a day, have reached 10 million people worldwide.

The appointments broadcast on the platform and social media of Terra Madre had over 1.3 million views with an audience across more than 200 countries, while the physical events organized by the Slow Food network involved 250,000 people. With regards to events which required registration, including training sessions, a total of more than 10,000 took part while more than a million users followed these activities on social media.

Over 3300 young people from across the world took part in a challenge organized on Instagram by the Slow Food Youth Network to promote good, clean and fair food. From surveys conducted in the events we learnt that 45% of participants had never been involved in Slow Food activities before: a solid base of new activists to build on. And a wealth of new faces that we look forward to meeting in person in Turin in 2022.

“These are numbers that are impossible to compare to previous editions or initiatives of Slow Food,” as Petrini says. “But we can say that we’re very satisfied with the results, because they go beyond the objectives we gave ourselves at the beginning.”

Terra Madre Salone del Gusto 2020 comes to an end, but we’re already at work for the next edition, where we’ll combine the lessons we’ve learnt from this largely-digital edition with a return to the streets of Turin.